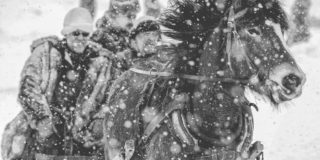 «Welcome to the 168th Rørosmartnan» 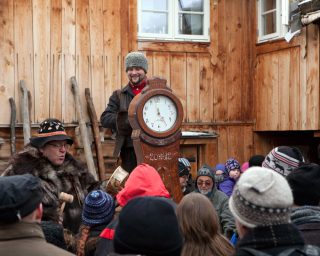 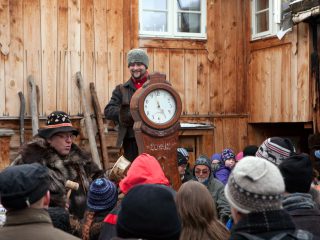 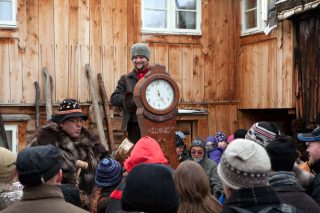 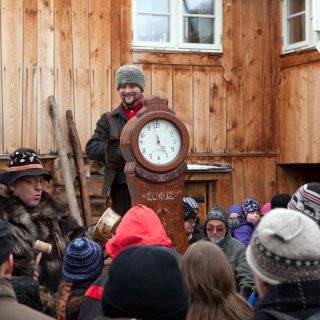 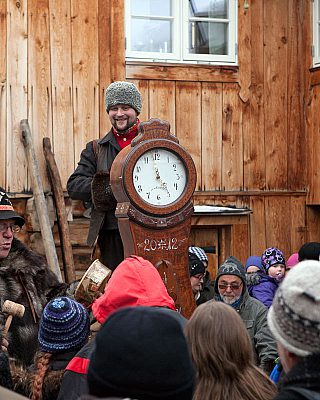 A Royal decree from 1853 states that «From 1854 onwards a yearly market shall be held in Røros, commencing the second to last Tuesday in the month of February, and lasting until the following Friday.”

The market has later been extended until Saturday. Rørosmartnan No 168 is arranged on February 21th 2023 and lasts until the 25nd of the same month.

The winter fair Rørosmartnan is a national event, with approximately 70 000 visitors each year. During these five days Røros is transformed into a lively marketplace with a booming street life. Whether it’s night or day, you’ll feel the energy at restaurants and bars, in dance halls, raffles and bazaars, the different accommodations and at cultural events.

Most of the fair takes place in the two main streets of Røros, where around 250 exhibitors have stalls outside and also at the indoor trade fair.

The World Heritage site Røros forms a unique backdrop for Rørosmartnan, something you should experience at least once in your life, or maybe even once a year!

We are very proud of keeping alive the tradition of coachmen transporting feed and goods across the mountains to Røros. As part of the opening ceremony Tuesday at 12 o’clock more than eighty horse-drawn sleighs from Sweden, Gudbrandsdalen, Østerdalen, Hedmark, Gauldalen, Selbu and Tydal participate, marking the arrival in Røros after travelling for almost two weeks in the old-fashioned manner.

Many people say that it is in the backyards of the town centre you will find the soul of Rørosmartnan. This is where people originally gathered to trade, play music, dance, tell stories, laugh and talk, and where there was a cultural exchange between the tradesmen and other visitors.
During the fair this tradition lives on, as the houses and backyards swarm with activities day and night. Here you’ll still find authentic old-fashioned trade, horses in the stables, coffee brewed over an open fire, traditional delicacies and storytelling – all accompanied by fiddlers and other musicians. It’s a joy to listen to, and everyone stopping by receives a hearty welcome!

The fair today also consists of new elements like a fun fair and concerts, but Rørosmartnan is still an event where the traditions live on. History and culture is conveyed through local food, the unique atmosphere in the backyards, sleigh rides, auctions, traditional crafts and much, much more.